The Covid-19 virus has triggered a global health pandemic leading to economic recession and major disruptions of the global food system. While the pandemic has laid bare the existing challenges of the agriculture system, exposing people to disruption and hunger, it has also unveiled the extraordinary resilience of certain communities, reinforcing that food is unlike any other commodity.

Whilst preventing a potential hunger crisis requires coordinated and urgent actions, a longer-term proposition emerges: a circular economy for food that offers greater resilience for society and the economy in the face of future shocks, including health and climate risks.

The vulnerability of the food system

The huge impact of the Covid-19 outbreak and the lockdown measures imposed by national governments have had unprecedented consequences for the global economy with entire sectors almost completely halted. The construction, automotive, and travel industries have faced levels of financial losses never experienced before. Comparatively, the agriculture and grocery retail sectors have weathered the crisis better as people have prioritised spending on food. A number of companies have even seen their revenues increase — as demonstrated by the Swiss food giant Nestlé, which reported in March its best quarterly sales growth in nearly five years — as people have reallocated disposable income usually spent on out-of-home experiences.

However, a more nuanced picture has emerged as it has become clear that food supply chains have been hugely disrupted by the sudden slump in demand from professional kitchens due to the closure of restaurants, hotels, workplaces and schools. For farmers and meat producers unable to shift sales to retailers or losing profit margins where they have been able to, this has led to significant financial losses and increased food waste. In the US, notably, we have seen growers destroying their crops, dairy farmers throwing milk away, and the culling of unsold animals, all while lines outside food banks, often of the newly unemployed, have lengthened. At the retail end of the supply chain, consumers have experienced empty shelves in supermarkets due to panic-buying. 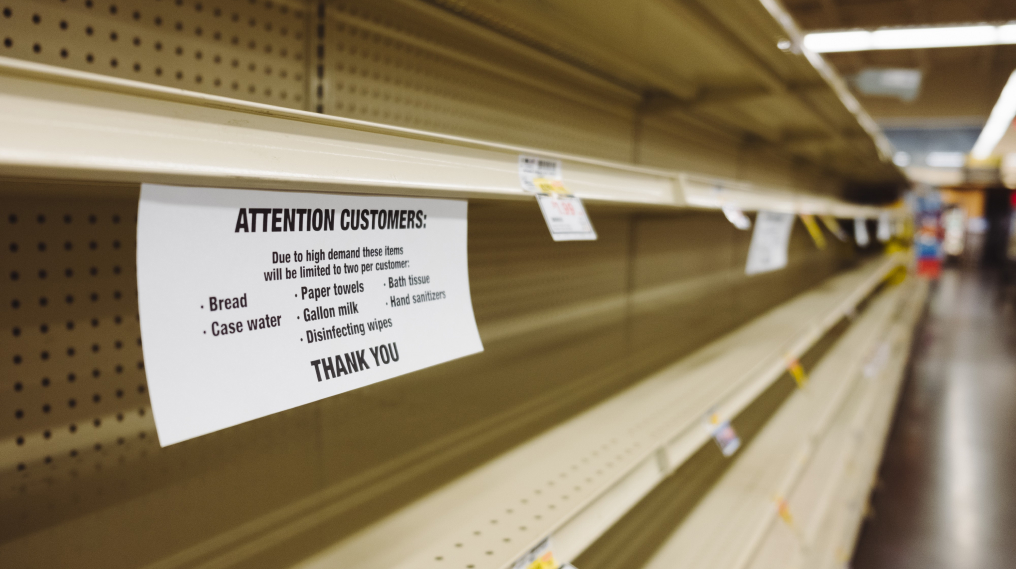 In many parts of the world, restrictions on the movement of people and goods have exposed the vulnerability of food supply chains and triggered warnings about food security from the UN Food and Agriculture Organization (FAO). Vietnam, India, and Cambodia have indicated they will hold on to their rice crops, while Kazakhstan has banned flour and wheat exports, raising concerns in neighbouring countries.

As the crisis has deepened, governments in France, Germany, and the UK have urged their citizens to help farmers harvest crops this summer to replace the flow of foreign workers, which is expected to dry up drastically due to new border controls. This has shed a light on the importance to the food system of low-paid foreign seasonal workers facing precarious situations and clear health risks. Towards the end of April, as the pandemic spread among food supply chain workers in the US, concern grew about overall food supply, in particular of meat. In early May, one of Ireland’s biggest beef companies shut down its abattoirs and meat-processing plants as employees were deemed at risk of infection.

A circular economy response for resilience

Whilst the impact of the Covid-19 crisis has exposed the structural weaknesses of our current food system, calls for change are gaining traction. Moving to a circular economy for food presents an attractive model that works to increase the resilience and diversity of supply chains through regenerative practices, design out food waste, and create transparent value chains.

Applying circular economy strategies would help build resilience at all levels and respond to some of the existing vulnerabilities presented above. In the midst of the pandemic, food safety has become paramount for consumers and streamlining global supply chains — developing, for example, direct relationships between retailers and farmers to gain better food standards — can help build trust in the food we eat.

Improving global flows needs to be balanced with more localised production to create greater supply chain transparency. As stated in the Ellen MacArthur Foundation report Cities and Circular Economy for Food: “Using more local ingredients would likely increase the traceability of food and therefore potentially its safety.” Across Europe, demand for community-supported agriculture (CSA) and direct sales through farmers’ markets have soared during the pandemic, especially in France, Poland and Spain. Whilst this type of family-scale farming using agroecological practices that provide surer and healthier solutions have performed well during the crisis, these approaches now need to become more widespread.

Beyond building shorter supply chains to secure safe food supplies and guarantee decent livelihoods for farmers, supporting and developing regenerative agricultural practices, that work with nature and not against it, is essential. Contrary to conventional fossil-fuel based agriculture, regenerative farming enhances and rehabilitates the health of the soil, improves its productivity, helps sequester carbon, and offers greater diversity of food production needed for a healthy diet. These practices, including conservation tillage, crop rotation, and cover crops build rich and resilient soils that can better withstand recurring climate change impacts like flooding and drought.

Regenerative agriculture is crucial to curbing the negative environmental effects of our current food system. A circular economy applied to the way we produce and manage food resources could reduce global greenhouse gas emissions in 2050 by 5.6 billion tonnes CO2e, corresponding to a 49% reduction in projected ‘business as usual’ food system emissions.

While the pandemic has exposed problems in both production and supply, revealing the many weaknesses of our highly globalised agriculture system, it has also acted as an accelerator of some positive trends that have the potential to accelerate the transition.

Alongside regenerative agriculture, designing out food waste and keeping organic materials in use are the two other main drivers of a circular economy for food. During national lockdowns, a combination of people cooking at home when they would otherwise have eaten out, seeing their incomes reduced or at risk, and perceiving food to be more scarce has led to a reduction in food waste. Whether this trend will continue is not yet known. However, as the places where most food eventually ends up, cities can play a critical role in simultaneously reducing food waste and creating a more resilient food system.

Currently, less than 2% of organic waste in cities is used as feedstock for food production. However, by establishing effective collection systems and pure waste streams, cities can ensure inevitable food by-products are transformed into valuable new products, including compost for regenerative food production in lieu of synthetic fertilisers. This is an important method to increase resilience in the system and develop thriving bio-economies around cities.

During the pandemic, consumers have also paid more attention to where their food is sourced and how it is produced, with retailers across the globe experiencing increases in organic food sales. Equally, the demand for fresh food and plant-based proteins as an alternative to meat have increased. This trend is especially visible in Asia, where consumers have become more conscious of their diet due to the suspected link between animals and the pandemic.

These new consumption trends are still fragile and further support will be needed to drive a real system change. But, as we see food rotting as a consequence of the lockdown whilst more people in the global South find accessing food more difficult, many are calling for an urgent rethink of our food system.

Local and small-scale production systems are gaining a lot of traction from governments and international agencies. In March, the Director-General of the FAO, Qu Dongyu, recommended that G20 countries strengthen local production and shorten food supply chains. The European Agriculture Commissioner, Janusz Wojciechowski, argues that one of the main lessons of the present crisis is that Europe needs to grow its own crops to reduce its dependence on outside sources and increase its food security. These are notable steps forward.

Civil society, farming groups, and businesses are also calling for a long-term transformation in favour of greater resilience and food security. For example, CEOs of major food brands, including Unilever, Danone, and PepsiCo, have signed the Food and Land Use Coalition’s call to action for world leaders to invest in resilient, sustainable food systems and scale up support to the most vulnerable.

Another important step is the EU’s Farm to Fork strategy, launched on the 22nd of May. With the vision to reconcile climate and biodiversity targets with goals on nutrition, the ambition — within the next decade — is to halve the use of chemical and hazardous pesticides, reduce sales of antimicrobials used in livestock farming and in aquaculture, and for a quarter of agricultural land to be farmed organically. The objectives also include a reduction of nutrient losses by 50% which implies reducing the use of synthetic fertilisers by at least 20% by 2030. These are ambitious measures and, as further legislation will be needed, uncertainty remains over how they are to be met. What is clear is that applying circular economy principles to the food system can play a crucial role in all efforts to move towards a more positive model.

A shift to a circular economy for food is now more relevant than ever since it helps create a system that is resilient to shocks while meeting global demand, delivering healthy food, and providing good livelihoods for farmers. This transition would provide positive outcomes for the environment, human health, and biodiversity, as well as contributing significantly to the fight against climate change. The Covid-19 crisis has exposed the problems of our current food system. While some positive trends have emerged in response, it is now crucial that they are built on. 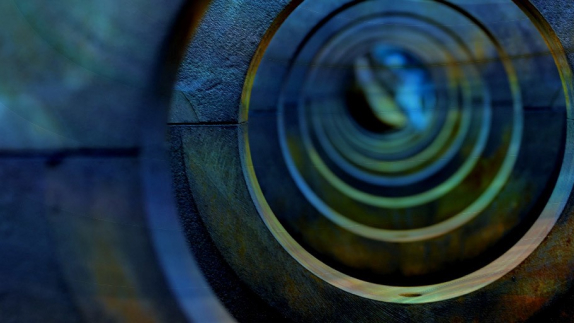 The Covid-19 crisis has disastrous human and economic consequences... 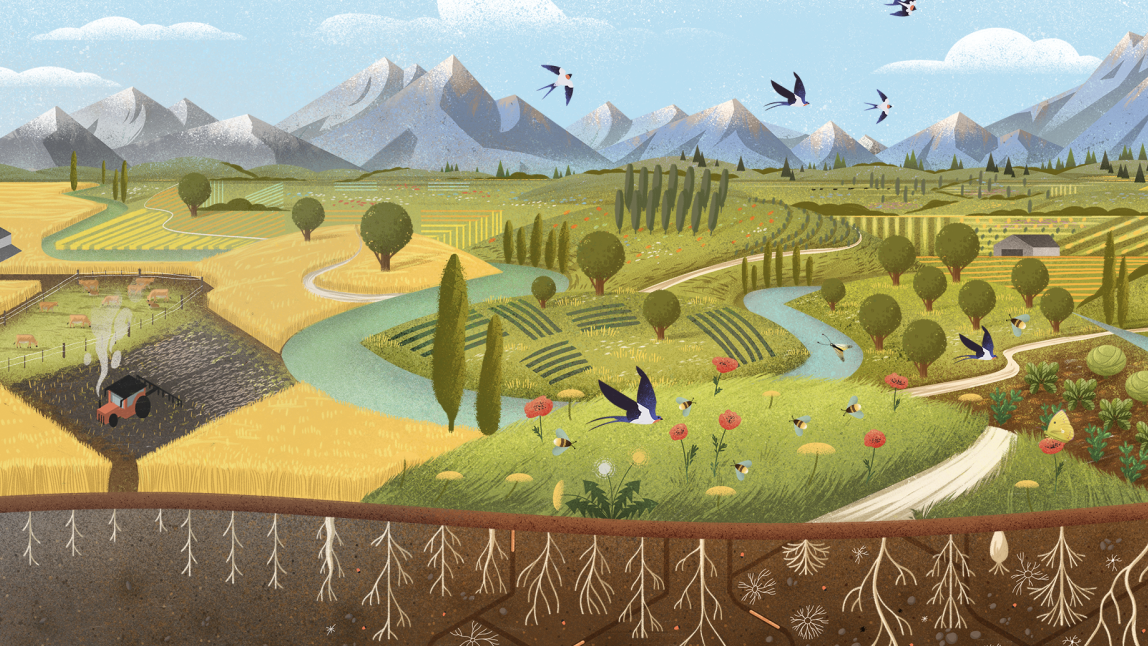 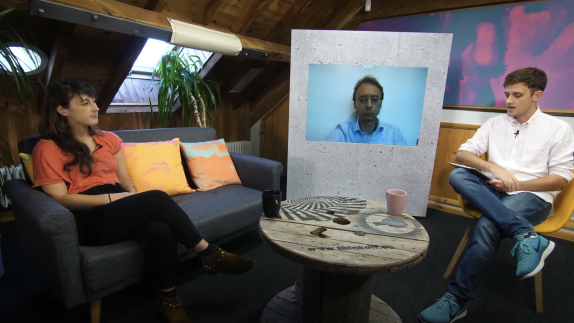 Leontino Balbo Jr has developed an approach to organic sugar cane production with the potential to... Towards a regenerative food system

Our agriculture system is under a greater strain than ever before.