A leader in the transition to a circular built environment: Arup Group Limited 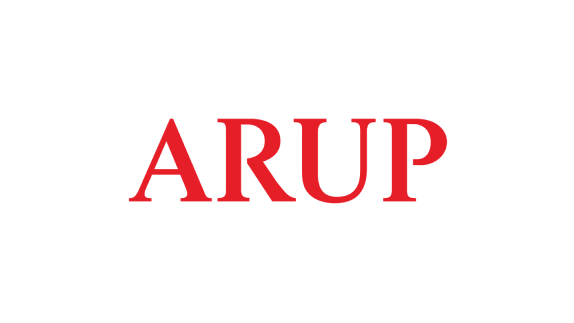 I believe our philosophy is forward looking, that it is what is needed today and is in tune with the new spirit stirring in our time.

Arup is a leading multi-disciplinary design firm that has played a central role in many of the most iconic and high-profile building projects of the recent era, such as the Sydney Opera House. Founded in 1946, Arup has become well known for its innovative approach to complex and challenging projects: predominantly in the built environment, but also in other sectors.

With more than 16,000 staff, Arup’s internal expertise includes engineers, architects, urban planners, economists, product designers, material scientists and ecologists. The firm has offices in 30 countries and has participated in projects in over 160 countries.

The built environment is projected to expand rapidly over the next few decades, particularly in cities of the emerging economies. The potential rate of growth is huge – it has been estimated that between now and 2060 an area equivalent to the size of Paris will be constructed each week.

Since the post-Second World War period, the dominant model for delivering the world’s buildings and infrastructure has been ‘linear’, which is characterised as:

Arup’s reputation across many sectors, particularly its expertise in buildings and infrastructure – and the influence that it holds with governments and other key decision makers all around the world – means that it is well positioned to promote and drive forward the circular economy agenda. 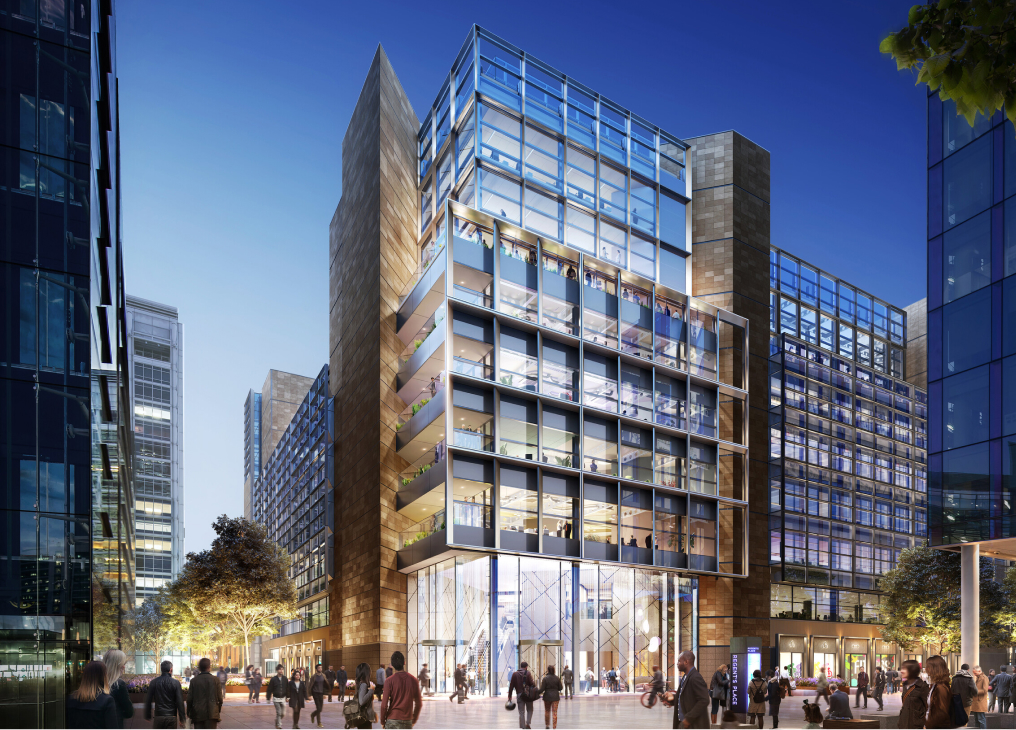 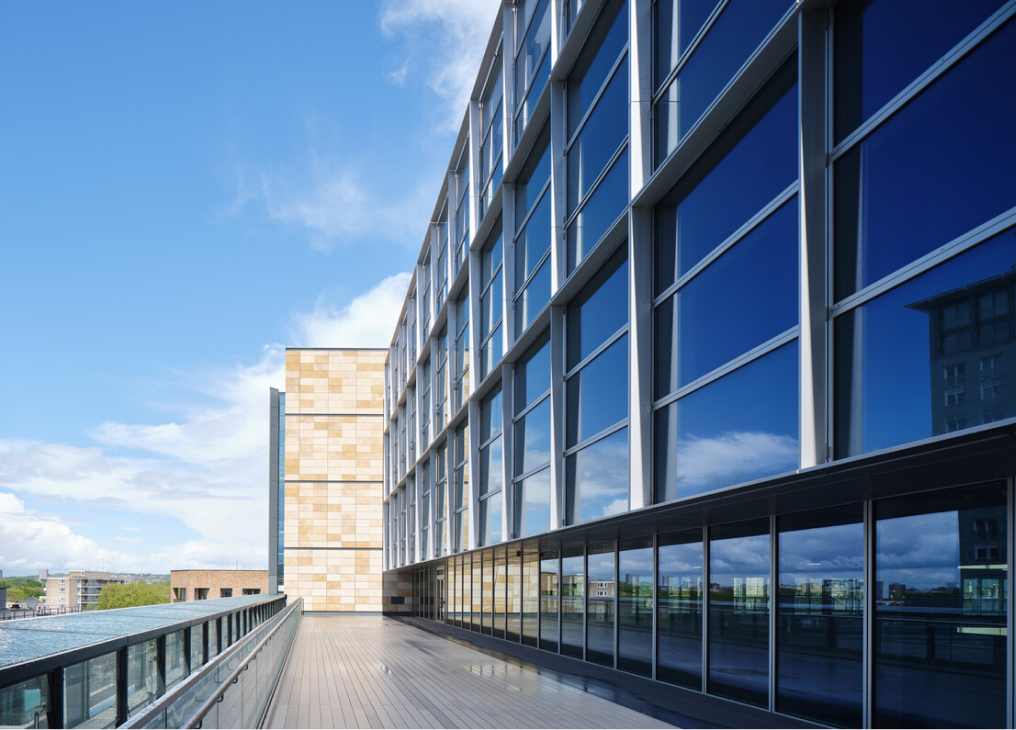 A circular economy is a bigger idea than material efficiency

Arup has been a knowledge partner of the Ellen Macarthur Foundation since 2016. Both organisations believe that to shape a better world requires transformative change in every aspect of society globally, rather than incremental change or piecemeal approaches. System-level change is at the heart of both organisation’s missions.

In June 2019, the Arup Group Board shared their strategy on how the firm would work to contribute to achieving the 17 United Nations Sustainable Development Goals (SDGs), setting out six principles that would guide future decision-making and investment priorities. Central to Arup’s strategy is the need to adopt circular economy principles and regenerate natural systems.

Arup’s explicit commitment to the circular economy as a tool to deliver the SDGs is fairly new. However, throughout its history, Arup’s approach to the design and delivery of projects, encapsulated in the idea of ‘Total Architecture’, has demonstrated in concrete terms how circularity is manifested in the built environment.

For example, in 2008, the proposed scheme to replace the 50-year-old Forth Road Bridge in Scotland with a larger bridge was challenged by Arup. Instead, a new concept to retain the old bridge for light traffic was proposed, meaning only a smaller new bridge needed to be designed. Arup’s intervention resulted in a significant reduction in material and other resource use, as well as a quicker and less disruptive delivery of the project.

The Forth Bridge project, as well as a number of other projects designed by architects such as Thomas Rau, Bill McDonough and engineering firm Royal BAM group, together demonstrate the application of circular economy in different areas of the built environment. But in spite of these and other pioneers, the industry as a whole lacks the understanding, capabilities and theory of change to transition to a circular economy. Specifically, the prevalent understanding is that circular economy is merely a strategy for the efficient use of materials, and not a new approach to value creation for all in the value chain.

The project cost saving of £1.7 billion for Arup’s alternative Forth Road Bridge scheme, neatly counteracts this fallacy, pointing to the need for a shift in the understanding of the circular economy across the built environment sector and all the stakeholders involved.

The main features of a circular built environment

Some of the key features of a circular built environment include:

Design for maintenance and deconstruction 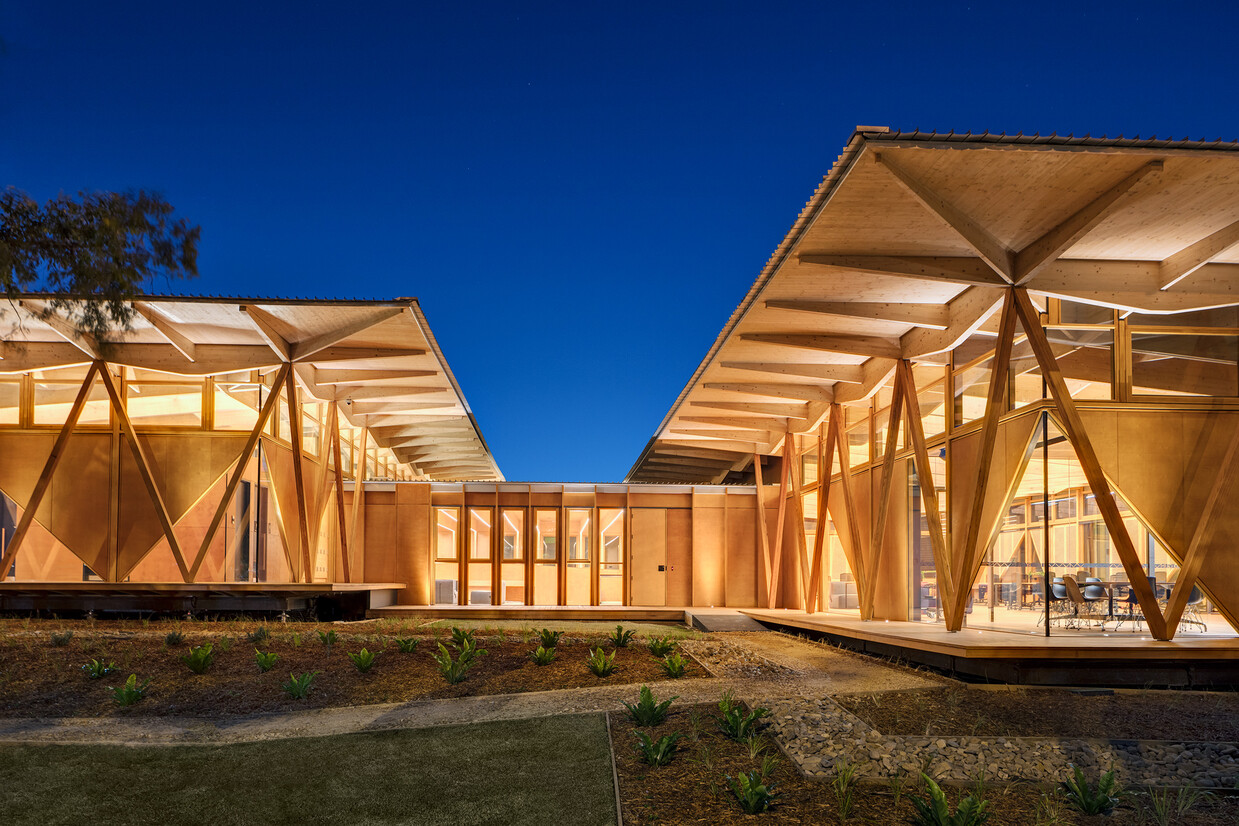 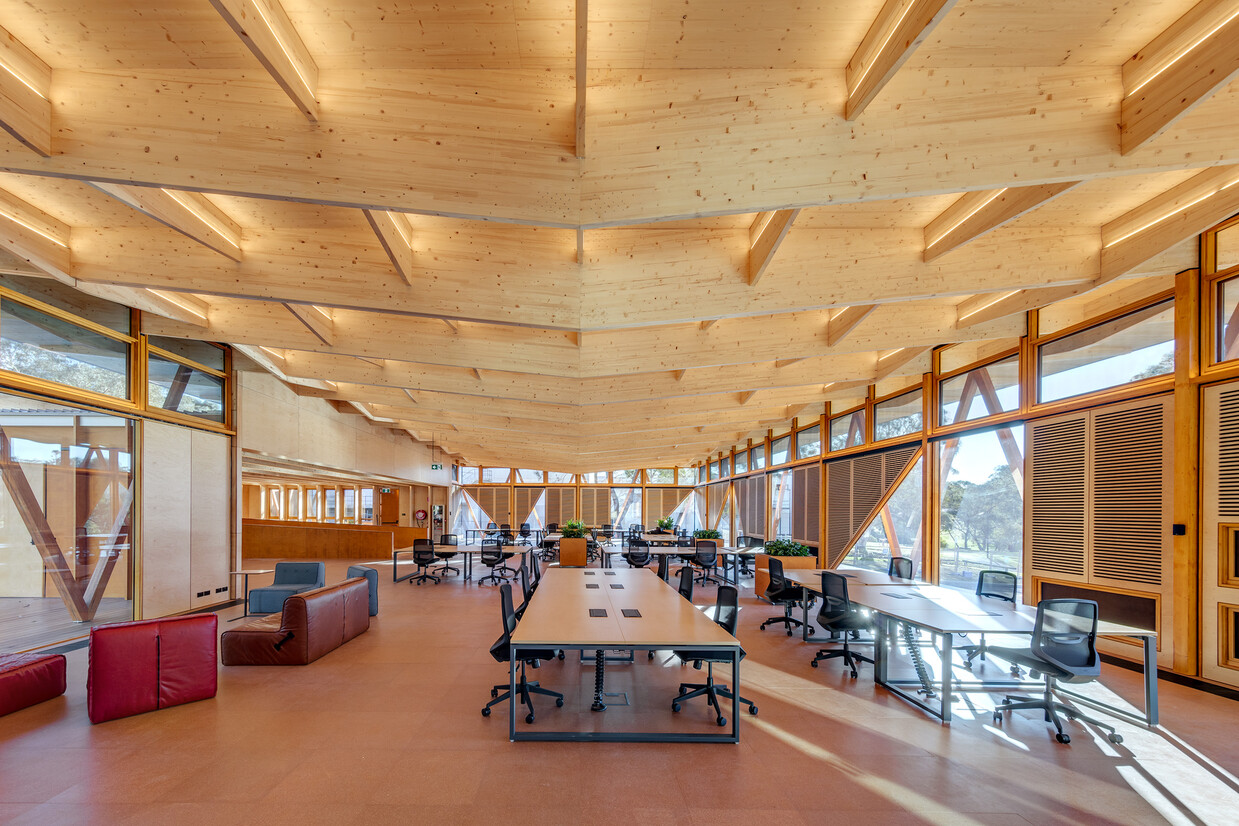 How Arup is shaping a circular built environment

To put the industry on a path to double resource productivity and halve waste generation by 2030, Arup has taken a whole system approach, which recognises that value-chain fragmentation and academic and disciplinary siloing exists to a much higher degree in the built environment than in other economic sectors.

Working closely with the Ellen MacArthur Foundation and other partners, Arup is undertaking a set of initiatives that first sets out the case for circular transformation, and then follows up with targeted dissemination and advocacy to the key stakeholders involved in the funding, delivery and operation of buildings and infrastructure:

Arup’s application of the circular economy goes beyond just buildings and infrastructure. In 2017, the firm’s water experts collaborated with other companies in the Ellen Macarthur Foundation network to develop a better understanding on how circular principles applied to the water and wastewater industry could provide a framework for reducing impact and capturing additional value.

More recently, Arup has started exploring the potential of regenerative agriculture, as well as how food production can be more closely integrated into urban systems.

Arup operates from almost 100 offices around the world, including over 40,000 square metres of building area in Central London.

As well as shaping a circular, low-carbon future, Arup is getting its own house in order. In 2020, the firm joined the World Green Building Council (WGBC) Net Zero Carbon Buildings Commitment. By joining this, Arup has committed to achieving net zero carbon in operation for all assets under its control by 2030.

The Circular Building was a structure designed and constructed out of fully-reusable components in 2016 as part of the London Design Festival. The full-scale prototype was designed with materials that could be removed with minimum damage, helping each component to retain its value. Digital technology was used to ‘tag’ all items, so that it also acted as a materials depot for future buildings.

1 Triton Square in London saw the refurbishment of a 1990s office building, reusing as much of the existing building as possible. Overall, the development and operational efficiencies will save an estimated 63,000 tonnes of carbon over 20 years with 54% less embodied carbon than a typical new build and over 50% greater operational efficiency than a typical commercial building.

Timber-framed buildings – concrete and steel are two of the most carbon intensive materials as well as being the most common materials used for buildings. The use of more timber sub-structures, using wood that is sourced from sustainable sources, with afforestation after tree removal, is a way of addressing this. The Arup-designed ‘Believe in Better Building’ for Sky is the tallest commercial timber building in the UK, sequestering 1,242 tonnes of CO2 into its structure, even discounting the 200 tonnes of emissions associated with manufacturing and transporting the timber from Austria. The firm is currently the lead engineer for, HAUT in Amsterdam, the tallest residential timber building ever constructed.

Macquarie University Incubator – the Australian university’s first on-campus business incubator is constructed primarily out of timber, and has a flexible layout, allowing the building to easily adapt and attract a growing entrepreneurial community. The building has been designed to be fully relocated if the need arises.

Quay Quarter Tower – another piece of landmark architecture in Sydney Harbour, this time the transformation of a city block, which is centred on a 1970’s tower block. Working alongside Danish circular economy architectural practice 3XN, Arup’s ‘adaptive reuse’ input has enabled 68% of the original block to be reused. Retaining all of this embodied energy has avoided significant carbon emissions compared to a new building.

Yorkshire Water – to explore how circular economy can be applied to water resources management, Arup undertook an analysis of the circular value-creating opportunities for a water utility. The reporting set out the benefits of improved asset productivity, increased resilience, diversified income and reduction in operating costs.

Material cultures – an exploration of the potential for bio-based material construction materials to support decarbonisation and local job creation.

Lifecycle carbon assessments – Arup has committed to undertaking whole life carbon assessments for all its building projects – new and retrofit – from 2022. This is important because it is estimated that as much as 50% of the lifecycle carbon emissions come from embodied carbon, associated with materials and construction. Circular design and business models are well-placed to address these types of emissions. 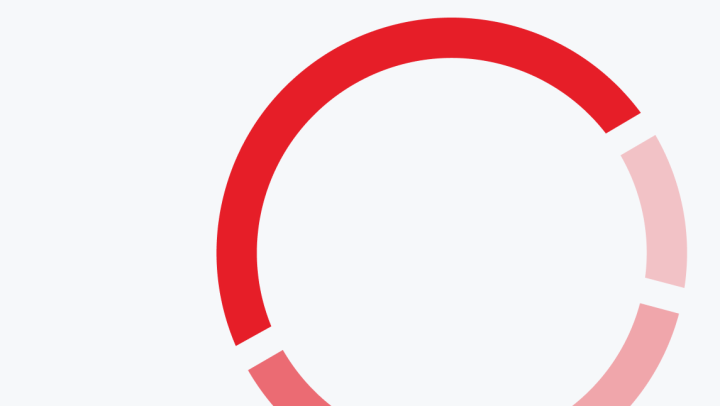 The Circular Buildings Toolkit will help designers and planners create a better future in the built... 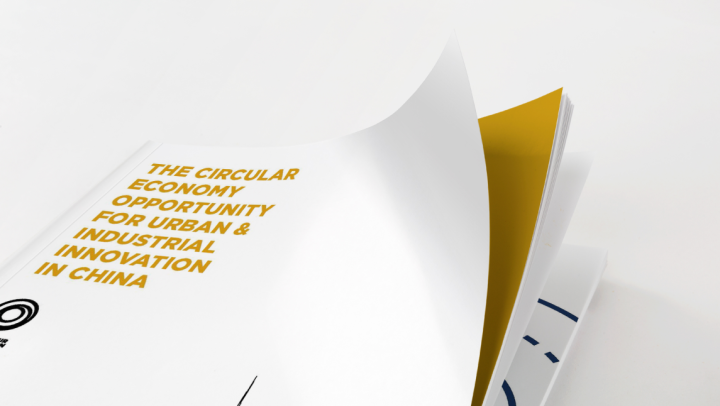 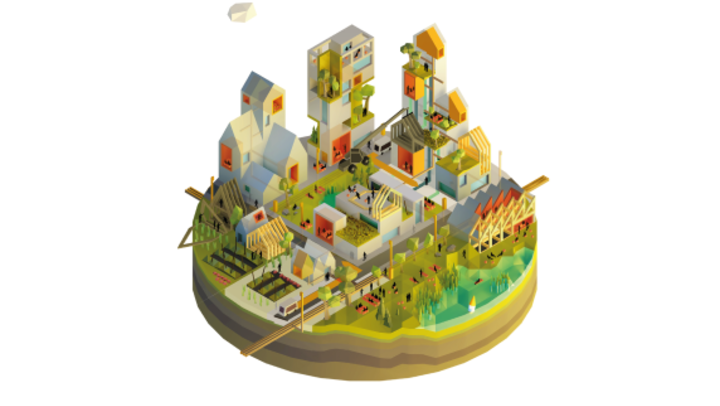 ‘First steps towards a circular built environment’ examines how the principles of the circular... 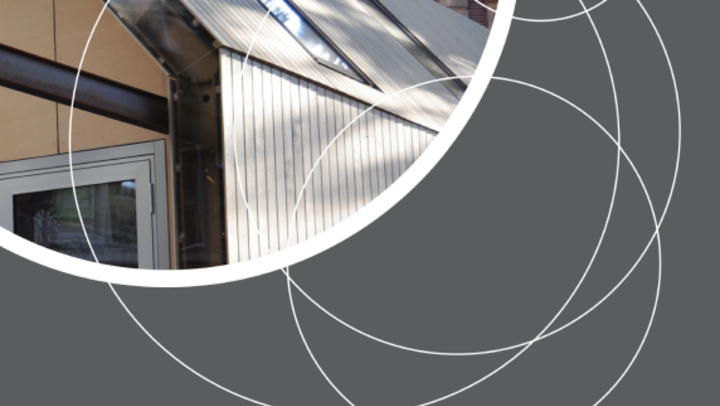 To instil confidence and reduce the uncertainty surrounding Circular Business Models (CBMs) within... 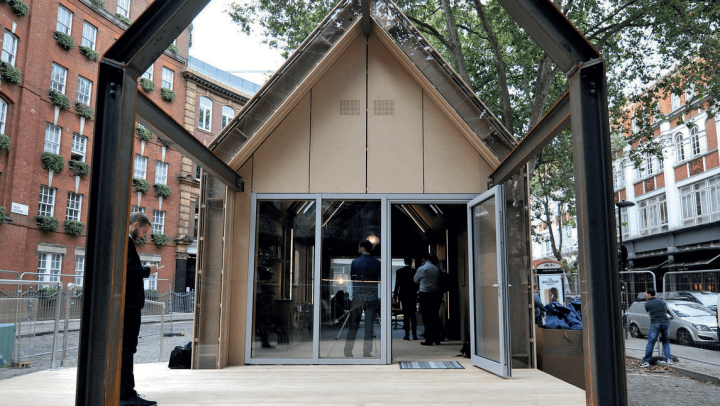 Realising the value of the circular economy in real estate

Making an investment case is vital to the adoption of circular economy principles, helping the... 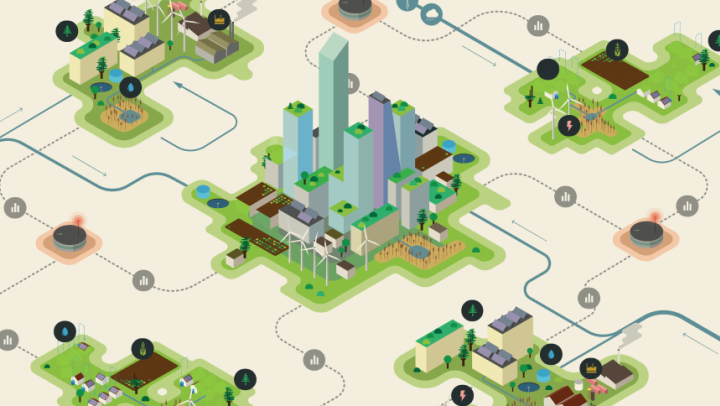 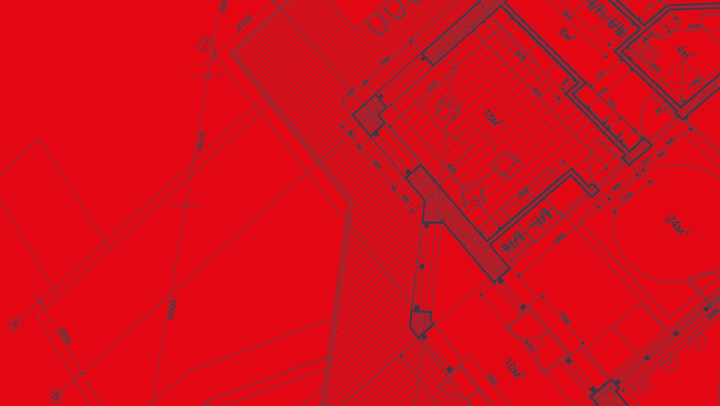 Reimagining our buildings and spaces for a circular economy