As one of the schools of thought that underpin the circular economycircular economyA systems solution framework that tackles global challenges like climate change, biodiversity loss, waste, and pollution. It is based on three principles, driven by design: eliminate waste and pollution, circulate products and materials (at their highest value), and regenerate nature., C2C design allows for continuous material recovery and reutilisation in a technical or biological system. Through healthy material choices and design for disassembly, it is possible to recoup some of the original investment, at a later date, as materials can be sold back to manufacturers through a ‘buy and buy-back’ scheme, and ultimately used again. In designing Venlo City Hall, careful attention was given to the structure of the building, and also to the interior fit-out and furniture installed. The close attention to detail extended to the procurement of products within the building, such as soap.

In 2007 it was decided that all new city buildings would be designed using C2C principles.

The design of Venlo City Hall began in 2009. Construction commenced in 2012 and was completed in April 2016. The building opened for use in August 2016.

While the primary focus for this initiative was in the built environment, it was driven by the aims of capturing long-term economic savings, protecting the environment and human health, and promoting skills and ambition in the city.

Of more than 50 initial proposals submitted in response to the specifications of the tender, five were shortlisted before the ultimate choice was made. The final project team consisted of eight people, including a lead civil servant, technical advisors, financial advisors and the architects. The team created roadmaps for each of the different areas that the project would need to address - from the planning of the building, to the user needs, to the financing of construction. Overall sign-off resided with the mayor, council and aldermen.

The city council’s allocated budget for the project was EUR 53 million. It was supported by a loan from Bank Nederlandse Gemeenten - a local government funding agency. When the project came in under budget, EUR 900,000 were returned to the city council for reinvestment in other areas.

The new city hall has played a key role in updating the city’s image - traditionally associated with agriculture and logistics, Venlo is now increasingly associated with innovation and circular economy opportunities that are attracting both businesses and skills. The 18-24 year-old city population has increased, as well as the number of companies basing themselves in the city. The city hall has itself received over 32,000 visitors between 2016 and 2018 and the outcomes of the project have led to Venlo making C2C compliance a part of all its future construction projects

Venlo has continued to grow its expertise in C2C and circular economy practices. In 2010, the Cradle to Cradle consultancy C2C ExpoLAB was founded in Venlo, with a focus on supporting and advancing government and built environment projects that specifically seek to harness the benefits of using C2C principles. In 2012, the first Cradle to Cradle Product Certification Training centre in Europe was opened in Venlo by the Cradle to Cradle Product Innovation Institute of San Francisco, USA to train consultants who will guide companies as they seek certification for products and manufacturing processes. In Spring 2019, a Circular Economy Expertise Platform is due to open in the region to support innovation, material loops and product take-back schemes. Venlo is also collaborating with nearby Dutch and German cities.

In 2006, in an effort to evolve its image and economy, the city of Venlo along with the Chamber of Commerce committed to embed C2C principles into the city’s economic activities. When it became necessary to renovate the original city hall these principles were kept in mind, however the structural layout of the old building did not allow for a suitable transformation of the physical space or its function in terms of power generation, energy savings, improved air quality, grey water processing, heating or cooling. The mayor, council and aldermen therefore approved the case for a new city hall to be built using C2C principles and located in an area that would benefit from the investment.

In line with EU regulations, a European design tender was issued, with a brief to provide the most innovative vision for a C2C town hall. The winning bid would need to meet the overarching ambition to design and build a space that would benefit people, the environment, and the economy.

Venlo City Hall was built on the edge of the River Meuse in an area that would benefit from regeneration and economic development. The new building has already catalysed renovation of an old neighbourhood factory which now contains living accommodation. An additional 72 new dwellings are also being constructed next to Venlo City Hall using C2C principles.

The building’s living north facade comprises over 100 plant varieties which serve to improve the air quality outside the building. This living facade not only converts carbon dioxide to oxygen and filters particulates, it also provides a level of noise insulation and creates a habitat for birds and insects. An interior green wall helps to add moisture to the air inside the building.

The building’s connections to natural systems also minimises the draw on resources. Rainwater is collected on the roof where it makes its way to a helophyte filter, a type of reed bank, along with wash basin and pantry water. The filtered water is then used for flushing toilets. In addition, 1,300 m2 of solar panels have been added to the exterior to provide power and shade.

Two solar chimneys also passively heat and cool the building. One is on the top of the building and the other is on the upper levels. In simplified terms, these solar chimneys capture heat from the sun and create thermals which circulate air throughout the building. Heat exchangers and air wells are used to regulate the temperature according to the seasons. The design is both attractive and saves money and energy as the building doesn’t require traditional heating or cooling systems. In addition, when temperatures range between 18-22oc , the pleasant open space inside the solar chimney on the upper levels can be occupied by workers.

The components in the building are documented in a digital ‘material passport’ that discloses the material constituents, along with how to disassemble, then recyclerecycleTransform a product or component into its basic materials or substances and reprocessing them into new materials. or return them to the manufacturer - thereby recouping a proportion of the original investment. By creating a log of the residual material value within the building it becomes possible to quantify the potential value of buildings as material banks.

In a similar vein, the furniture in the building is also provided under a ‘buy and buy-back’ arrangement and is easy to disassemble for maintenance, ensuring workable components can be reused. Material choices within the furniture facilitate recyclabilityrecyclabilityThe ease with which a material can be recycled in practice and at scale..

Certain materials have also been avoided - in this case paint and glue, in part due to the lack of ingredient transparency and in part to ensure material health and aid the future recovery of materials.

To establish a baseline measure against which to track progress, measurements were taken from the previous city hall such as air quality, temperature, air moisture and fine dust particles. In spring 2019, Venlo City Hall will conduct a comparative study. The University of Maastricht is also measuring the connection between improved air quality and the reduction in the number of employee sick days compared to those in other buildings. It is already known that the building’s green facade absorbs 30% of sulphur and nitrogen oxides in the air in the vicinity of the building, offsetting the emissions of particulate matter from local traffic.

Alongside the productivity, health and environmental benefits, the project is also forecast to deliver a 12.5% return on investment by 2040 and some returns from the C2C and bioclimatic design of the building are already being realised. The procurement of C2C furniture alone leads to an 18% cost saving in part achieved through the embedded value of the materials, which can be returned to the original manufacturer at the end of the product life through the buy and buy-back scheme, recouping a percentage of the original investment.

Developing a long-term vision. In 2006 Venlo officially embraced C2C principles in its building projects as a means of generating innovation and economic growth. This paved the way for C2C principles to play a central role in the tender for the new Venlo City Hall. By embracing a new approach Venlo has been able to showcase what is possible in how we can build, design and service the built environment.

Creating a culture of innovation and integration to unlock circular economy opportunities and benefits in the city. Multiple cross-disciplinary meetings were held to create and communicate the ideas, vision and business case for the new building and several scenarios were developed to understand and demonstrate the potential long and short-term benefits of different choices. The project also required the support and courage of the city to invest upfront, in order to unlock savings in the long term.

Securing leadership endorsement, trust and commitment. The willingness of Venlo’s Mayor, Council and Aldermen to take a different approach to supporting the city’s prosperity was key to the overall project’s success. Biannual meetings were held with the city council and the aldermen to confirm the project was on track. They gave the project team the trust and space to move construction forward which was integral to the project’s ability to innovate and ultimately to create a building that represents far more than a place of work. 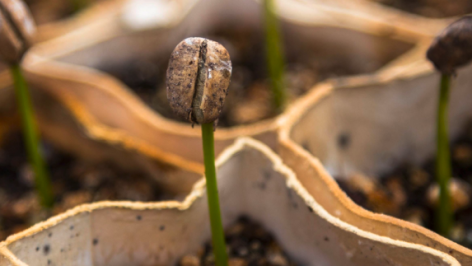 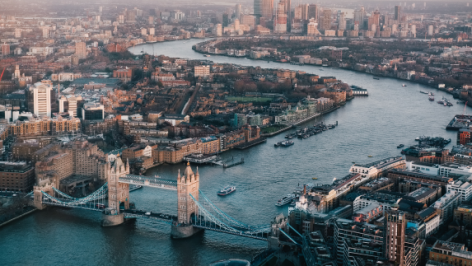 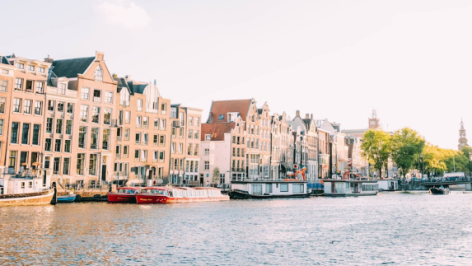 Creating a sharing economy that works for businesses and citizens. 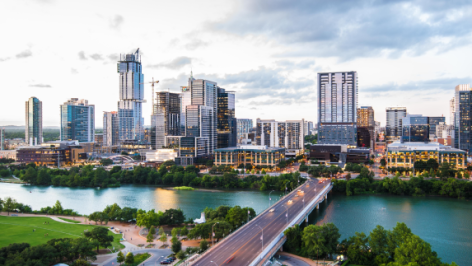