The rapidly growing takeaway food sector results in many single-use plastic containers being discarded every year. Recycling is generally impractical due to contamination caused by food residues, so takeaway packaging most often ends up in landfill. Reusable containers should be implemented wherever possible, but this is sometimes not practical, leaving a proportion that remains single use.

The rapidly growing takeaway food sector results in many single-use plastic containers being discarded every year. Recycling is generally impractical due to contamination caused by food residues, so takeaway packaging most often ends up in landfill. Reusable containers should be implemented wherever possible, but this is sometimes not practical, leaving a proportion that remains single use.

BioPak’s compostable foodservice packaging made from renewable plant-based materials offers a partial solution for the foodservice items that remain single-use.

What makes it circular?

Simply substituting a compostable alternatives is not circular on its own. By also providing a collection and composting service, BioPak has created a circular system, ensuring that packaging and importantly, the food it contains does end up being composted thus contributing to the preservation of healthy soils.

What are the benefits?

BioPak has made its compost service available to more than 2000 postcodes across Australia and New Zealand. Since launch, 200 companies have joined together, diverting 660 tonnes of compostable packaging and food scraps from landfill and creating 66,000 bags of nutrient rich compost.

How our takeaway food habits degrade the environment

Takeaway food is one of the fastest growing sectors of the global food industry. This growth is inextricably linked with an increased demand for packaging, the majority of which is plastic and single-use, to satisfy an industry where convenience, hygiene, and food safety standards are paramount.

Packaging uses 26% of all plastics produced, and 90% of plastic packaging becomes ‘waste’ after only one use. Despite many decades of recycling, the collection rate for plastic packaging is about 14%, of which only 4% is recycled to new plastics, and a staggering 32% leaks out of the collection system and into the environment, visible on nearly every beach and body of water on the planet.

Public awareness of the environmental impact of plastics is at an all-time high and customers are driving demand for alternatives. Single-use plastic and non-recyclable packaging is being targeted globally by legislators. Through initiatives like the New Plastics Economy and its Global Commitment, governments, cities, and businesses are committed to eliminating problematic and unnecessary single-use plastic packaging through redesign, innovation, and new delivery models. Designing packaging solutions that meet the needs of the foodservice industry, help keep food out of landfills, and align with the principles of a circular economy is critical as we move towards a system where plastics never become waste.

While recycling is an important part of the solution, it is not always the best option and can be very expensive. Reuse models are a good alternative, but not always appropriate. In cases where single-use is needed, when recycling or reuse are not practical or economic, and there is the opportunity to divert food waste from landfill, compostable packaging can have a role to play. 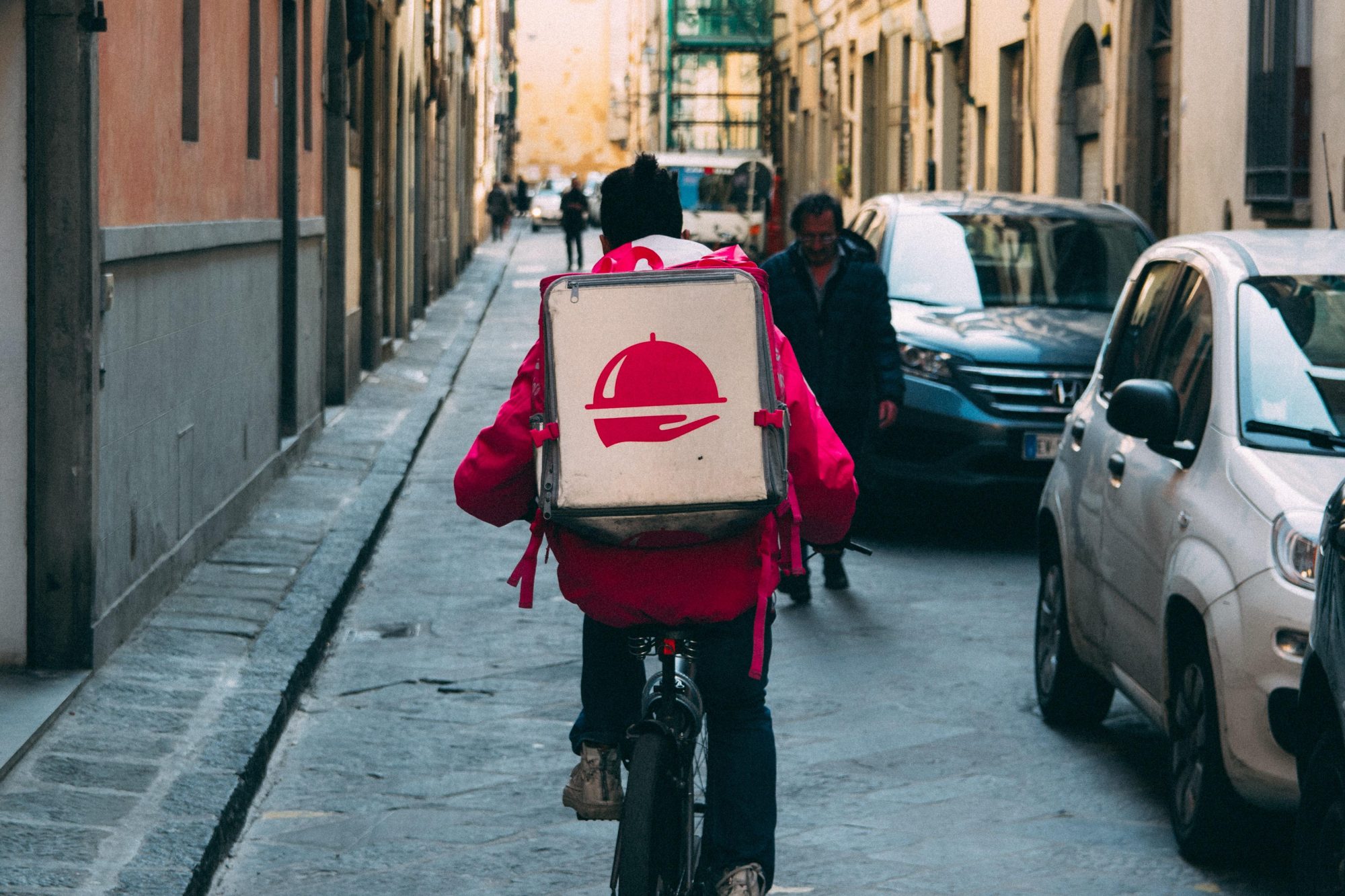 As demand for packaging increases, the development of better options for plastic packaging, that are decoupled from the use of finite resources, becomes more important. Based on circular economy principles, these alternatives should be reusable, recyclable or compostable by design and fit within a system that carries this out in practice and at scale.

Designed to be part of a circular economy, BioPak compostable packaging is made from responsibly-sourced materials, backed up by a collection service that ensures its products are composted in practice.

In Australia alone, the foodservice industry sends more than 250,000 tonnes of organic waste to landfill every year. BioPak’s compostable foodservice packaging, and crucially, its after-use collection service guarantees the diversion of a proportion of these resources away from landfill.

BioPak packaging is produced in facilities certified to ISO14000, a family of standards that help organisations minimise how their operations negatively affect the environment. The process starts with the responsible sourcing of materials and ends with the diversion of food and plastics from landfill. These materials are instead used to produce compost that can then be used to regenerate soil and grow new plants, at the same time reducing plastic pollution and cutting carbon emissions.

Project Drawdown, a 2018 study to identify the most substantive solutions to global warming, categorised composting as one of the top 80 strategies for reducing GHGs. Their analysis found that nearly half of the solid waste produced globally is organic or biodegradable, but much of it ends up in landfills, decomposing to produce high global warming potential methane. While many landfills have some form of methane management, it is more effective to divert organic waste to composting facilities.

When it comes to foodservice packaging, contamination caused by food residue makes conventional recycling impractical. But for composting, food residues are actually an advantage. As a report from the U.S. Environmental Protection Agency (EPA) has shown, food scraps are an exceptional source of nitrogen (N), a critically important macronutrient needed for healthy plant growth.

In the composting process nitrogen-rich food residue assists biodegradation, balancing with other feedstocks that are richer in carbon (C), such as dry leaves, wood, and cardboard. The ideal C:N ratio is about 30:1, too much carbon and the decomposition slows down. Compostable packaging can facilitate diversion of food waste, allowing beneficial nutrients to return and regenerate soils, rather than ending up in landfill.

"By collecting Biopak’s compostable packaging, we are ensuring that it is composted, rather than going to landfill where it would release the potent greenhouse gas, methane.”

Solving the material challenge is just part of the solution

For packaging to be considered compostable, it must comply with relevant international standards and fit into a successful post-consumer collection, sorting, and composting system that is proven to work in practice and at scale. Organic waste collection services are still not universally offered, so to ensure its packaging is effectively composted, BioPak established its own compost service. The compost service is designed to close the loop, with the ability to divert single-use food packaging away from landfill. The service collects compostable packaging, food scraps, and organic waste all in one organic waste bin — no separation required.

The collection service has been rolled out across Australia and New Zealand, reaching over 2,000 postcodes. BioPak is working with local, industrial composting services and waste management partners. So far, 200 companies having joined together, resulting in 660 tonnes of compostable packaging and food scraps being diverted from landfill and creating 66,000 bags of nutrient rich compost. BioPak has partnered with the Australian Organic Recycling Association (AORA) and is working collaboratively with the waste management industries and local governments to increase access to composting infrastructure and scale the operations.

The road to even more circular

BioPak believes that the use of compostable packaging can play a significant role in reducing the negative impact of single use food service packaging.

The key challenge now lies in scaling up collection systems and organic recycling infrastructure worldwide. In areas where composting is not available, BioPak is working on expanding options for organic recycling. This could include converting organic material into biochar, a benefit to soil structure as well as carbon sequestration; or utilising the organic waste as a feedstock for worm and insect farming.

All of the above measures would increase even further the circularity of Biopak materials and systems, and at the same time make it easier for citizens to make choices that have a positive impact on the planet. 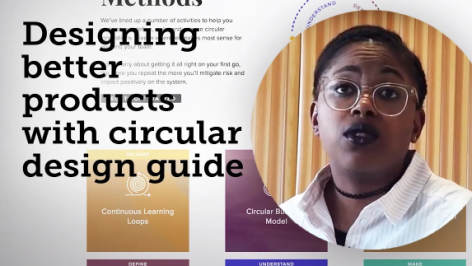 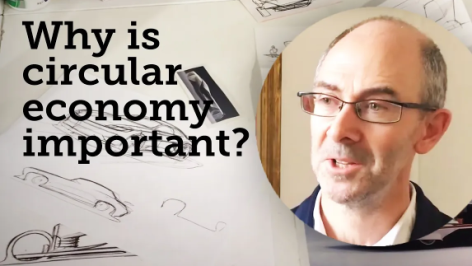 This collection of videos features leading academics and students sharing their vision... 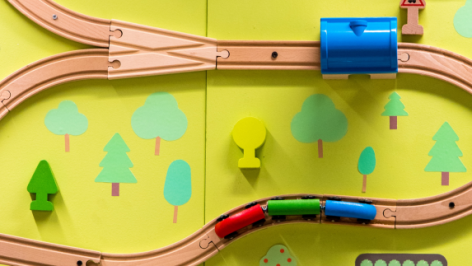 Creating a circular economy for toys

Redesigning not only how toys are made and played with, but also toy ownership. 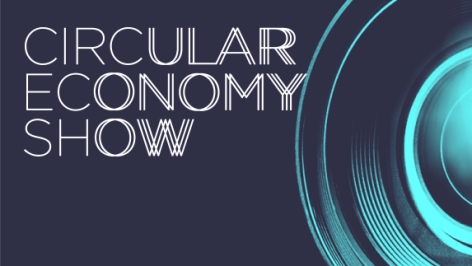