Cooling as a service: Kaer 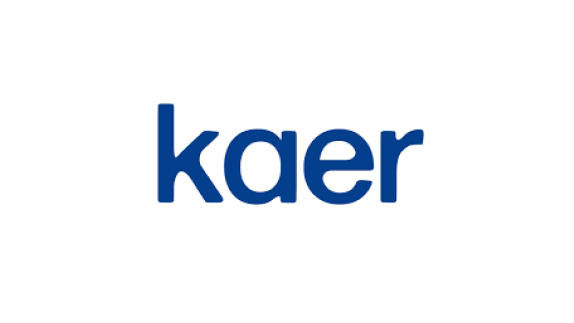 “We’re stuck in a vicious cycle. Rising global temperatures are driving increased demand for cooling, which causes more global warming and creates the need for even more cooling. We must break this cycle and transform how we cool.”

Kaer is an air-conditioning product and service company headquartered in Singapore. For 70 years, Kaer has been providing air-conditioning systems to commercial and industrial real estate around Asia. In 2013, the company transitioned their business to Cooling as a Service (CaaS) with an offering called Kaer Air, allowing building owners to buy ‘cooling’ rather than buying equipment.

Demand for indoor cooling is surging, driven by an expanding global middle class and rising air temperatures. The result is that air-con units installations are estimated to triple from about 2 billion to almost 6 billion in the next 30 years.

For cities like Mumbai air-con consumes 40% of its electricity supply and worldwide it accounts for between about 9% of global greenhouse gas emissions. According to the International Energy Agency, by 2050 air conditioning will account for 13% of the world’s electricity usage and emit the same amount of carbon dioxide as the whole of India produces today.

There are many challenges that need to be overcome to prevent this from happening. Improving the operational energy performance of the world’s commercial building through product-as-a-service models such as Kaer Air is one of them. 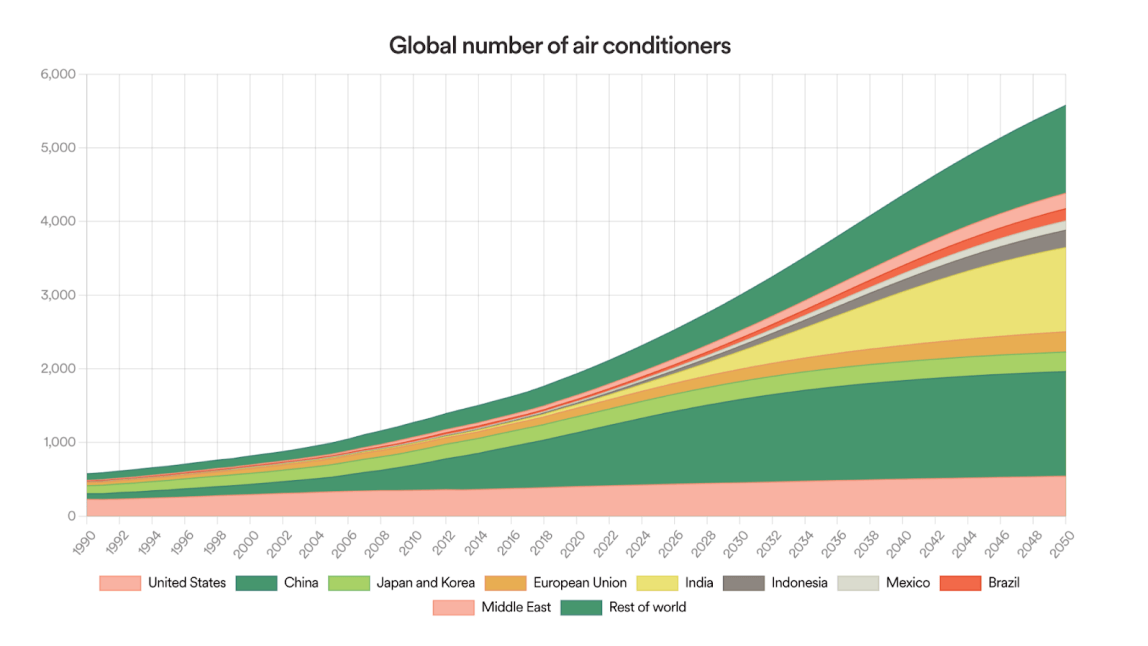 How Kaer has embraced the circular economy

Most air-con units are designed to be energy efficient, however these advantages are quickly eliminated through poor operation. A recent study by Arup estimated a 20 - 40% performance gap in real estate worldwide. Furthermore, a survey of 28 buildings in Singapore, revealed that 30% of building owners over-specify equipment requirements to factor in future expansion and between 35 - 50% of air-con equipment was never operated.

Kaer Air’s approach aims to address these multifaceted issues, allowing a building owner to simply specify a required temperature for their indoor environment, and leave the design, installation and operation of the air-conditioning system to Kaer. Capex costs for building equipment are replaced by a fixed pay-as-you-use rate based on consumption.

Kaer uses a modular design approach to add or remove air-con units as is required, combined with smart artificial intelligence and IoT technology to optimise the operation of the building cooling systems.

Switching from an air-con ownership model to a cooling-as-a-service model can bring significant advantages.

Kaer also benefits from the energy savings. If it can reduce the amount of energy required to deliver each unit of cooling, then its margins will improve. In many countries, energy tariff structures step up if you exceed certain monthly consumption thresholds. If Kaer can operate their systems in a way that keeps below these thresholds, Kaer and its clients stand to gain even more.

For the environment and the climate, reducing the energy consumption of air-con systems and optimising the number and use life of air-con units means less material extraction and lowers the carbon emissions associated with building cooling.

One promise of the circular economycircular economyA systems solution framework that tackles global challenges like climate change, biodiversity loss, waste, and pollution. It is based on three principles, driven by design: eliminate waste and pollution, circulate products and materials (at their highest value), and regenerate nature. is that it could lower the threshold of demand for electricity, so that a renewable energyrenewable energyEnergy derived from resources that are not depleted on timescales relevant to the economy, i.e. not geological timescales. powered world is more viable. The example of a Kaer Air system installed alongside a solar farm in a business park in India, demonstrates this potential being realised in reality.

1 Elpro Park is an innovative commercial development located in Pune, just East of Mumbai. The Business Park comprises a number of buildings with different functions including a number of corporate offices, an education complex and an automotive facility. Solar PV arrays have been installed on many of the buildings.

Kaer Air installed a centralised chiller station to provide air conditioning to the buildings on the business park. The system is enabled by AI which takes into account both the demand profiles of the buildings but also the generating variability of the solar panels. Over a number of years, the buildings were kept cool and the net electricity benefit of this combined system was more than 200,000 kWh, enough to power over 200 typical Indian households.

In the next 30 years there will be 400 million new urban dwellers in India. Currently there is a relatively low penetration in the Indian market, but with growing affluence and the associated development of the city’s building stock, air-con installations are set to significantly grow, as a new generation of office workers and homeowners expect a comfortable living and working environment.

To avoid unacceptably high costs to citizens and the planet, new service models such as Kaer Air will need to become the norm. 1 ElproPark provides an inspiring and important example to follow in one of the largest and fastest-growing, air-con markets in the world. 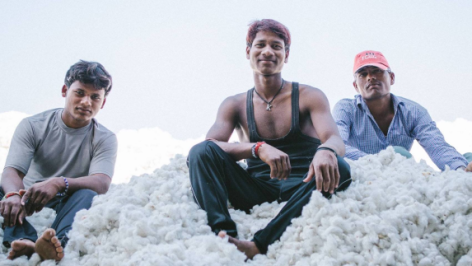 Teemill is a tech-based fashion business that takes a more holistic view of the fashion... 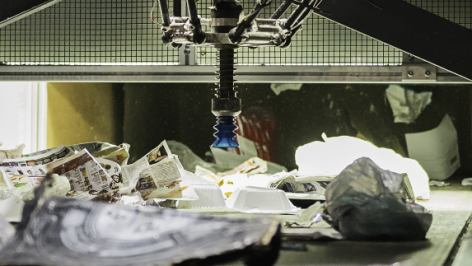 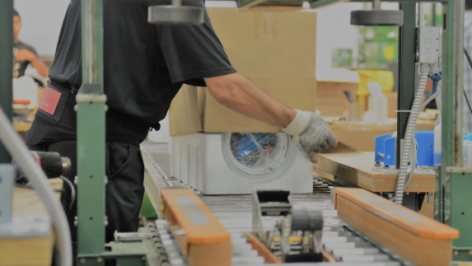 A repair programme and distribution network for defective or returned products 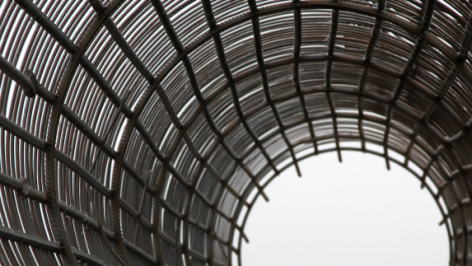