How tool sharing could become a public utility: Toronto Tool Library and Makerspace

The Challenge: Tools and other equipment have a low frequency use, but are found in many households and therefore represent a high material intensity, underutilised and space occupying item.

The Solution: Consolidate tools from many households into one centralised 'library', giving access to the local neighbourhood on a subscription basis.

What is the unexpected benefits? The libraries have evolved into innovation hubs gathering communities of makers that share design and knowledge; as well as providing training and mentoring for local youth.

The Result: members have access to 7000+ high quality tools; an inspiring and creative workspace and de-cluttered homes.

Here’s one you’ve heard before: the average drill is used for just 13 minutes in its lifetime. Yet many of us possess our own drill. So what if you could see which tools and toys your friends and neighbours owned, and borrowed from them? It sounds great, and has been a promise of the sharing economy. However according to Ryan Dyment, Founder of the Toronto Tool Library and Sharing Depot, it doesn’t quite work like that.

When most people are planning a home improvement job, they don’t just need a drill. More often than not, they’ll need a range of different tools and supplies. For instance, to make and install a home-made shelf you'll potentially need 10 items including a power drill, circular saw, work table, sander, tape measure, level, drill bit, screwdriver bit, safety glasses and perhaps a ladder. With a peer-to-peer model, this would mean visiting a number of different friends and neighbours, coordinating various pickups and returns, increasing the inconvenience and cumulative transactional cost. 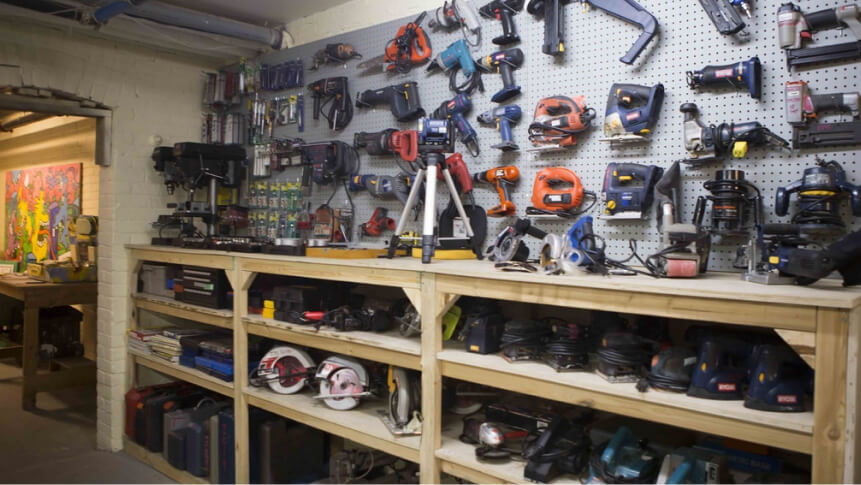 This is one reason why the Toronto Tool Library takes a different approach. Opening its doors in 2012, the library holds an inventory of more than 7000 tools, with citizens able to borrow them according to a number of membership options.

With a $55 annual membership, users can treat the tool library as one stop where they can borrow all the items they need at no extra cost, as well as all manner of nuts and bolts; staples they might need to complete their task. Higher annual tariffs, at $85 and $110, offer longer loans, waiving of fees and access to items from the sister organisation The Sharing Depot, Canada's first 'library of things'.

We encourage our members to think of it as ‘their garage’

How it all evolved

It all started when Dyment saw a video about one of the first tool libraries, which sprang up in Berkeley in the 70s. Being inspired by this model, he pitched it to his team at the Zeitgeist Movement, and a small non-profit was born.

From there, the Tool Library has inhabited different and bigger spaces, but it’s the acquisition of the tools themselves that really highlights the structural waste in the home improvement industry. After moving into an affordable basement property, the first volunteers went around the local neighbourhood looking for tools. The assumption that there were too many unused tools already was proved correct, and the inventory began to grow. Various media attention followed, which stimulated further donations, and Dyment says it got to the point where the phone was ringing off the hook with people saying “please take my tools!” Surprisingly, it wasn’t some cash incentive or discount that led to these donations, but instead the prospect of clearing space in the home, getting rid of a device that had been replaced or upgraded, or simply due to an admiration of the Tool Library vision.

In 2016, the team opened the doors of the Sharing Depot, expanding the type of products available. Here, Torontonians can borrow camping equipment, house party supplies, board games, toys and sports equipment. There’s more to life than DIY after all, and the popularity of this new venture shows that some people aren’t that concerned about owning their toys, as well as tools.

In setting up and scaling the Tool Library, it has been a learning process to find the optimum number of tools required for a community. The team in Toronto need to ask how many jigsaws they need for their members, 80-90% of which live within a 5km radius, to find a balance between reliable availability and overcapacity. So the tool library has 15 jigsaws, and Ryan points out that this is “clearly a small sample of the drills Toronto. There are maybe 1000 times more not being used.” It’s here that the resource savings become compelling.

If we appreciate that most household tools today are vastly underused, then the other side of the coin is that the tools held in the library endure far more intensive use. Ryan explains that equipment is maintained in the ‘tool hospital’, where a crew of passionate volunteers clean, tune up or revive struggling devices. Often tools are tough to open up, tricky to diagnose and spare parts difficult to come by, but Ryan says that more often than not, the team find a solution. When a tool can no longer be put back into use, it’s disassembled and the components salvaged and stored. This in turn supports product life extension, facilitating the repair of similar equipment. 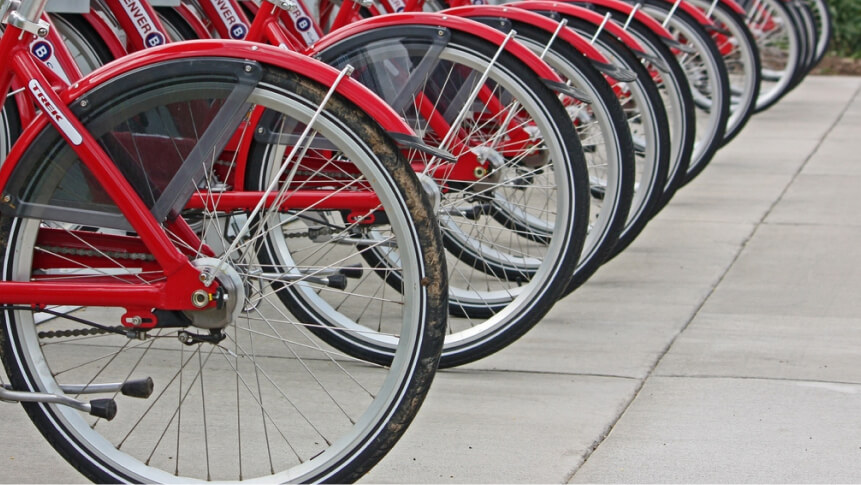 How could intensive use influence design?

This whole process could be made easier if tools were designed to be treated in this way, and we can look to popular bike sharing schemes for examples of how shared use business models can influence product design. Bikes like those used in cities like London and Paris might not be the most attractive or high performing, but they are designed for utility and intensive use. This means they might be more durable, have fewer moving parts and require less maintenance such as oiling or puncture repair. This approach could be applied to tools too. Right now, if they need to purchase a tool, Ryan and his team simply look for a long warranty, but it’s clear that a better alternative could lie in the application of circular economycircular economyA systems solution framework that tackles global challenges like climate change, biodiversity loss, waste, and pollution. It is based on three principles, driven by design: eliminate waste and pollution, circulate products and materials (at their highest value), and regenerate nature. thinking at the design phase, with modularity, standardisation and documentation as just some of the opportunities.

The tool library movement is alive and well, but Ryan stresses that this is about infrastructure; bricks and mortar. It’s being driven by local, physical hubs as opposed to the similar online peer-to-peer platforms that offered so much early promise. So it’s not cheap, and doesn’t scale with the same astonishing pace of an AirBnB or Uber. As a result, the Toronto Tool Library is a non profit, with no investors, and is reliant on finite grants and membership to keep the lights on. Dyment is content with this for now, but sees great opportunity in another avenue. An even more successful future could lie in making the service municipal utility, and the route to that goal could be via public libraries.

“About 70% of a library is shelving, and 99% of shelving is becoming increasingly redundant”. According to Ryan, these days people will choose a book online, get it delivered to the library, and collect it from a holding section - gone are the days of browsing the aisles. Following a chance meeting, in 2015 Ryan and his team set up the first tool library located in a public library in Toronto. The aim is to roll this out more widely, with the help of external funding to develop the necessary network.

It might sound idealistic, but it’s happened before: between 1883 and 1929, for example, some 2,500 libraries were built off the back of investment from businessman Andrew Carnegie. Expanding tool libraries in this way - as a public service and therefore free to access - could have a powerful impact on the way that we make, use and share our stuff.

How to start a tool library? 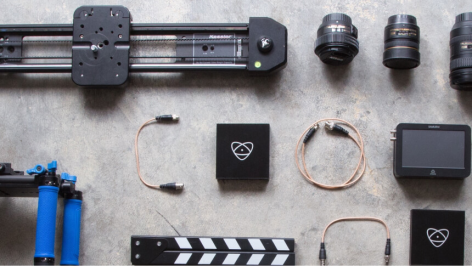 A peer-to-peer sharing platform for technical equipment; a thriving marketplace for lenders and... 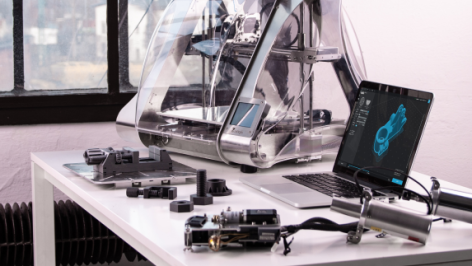 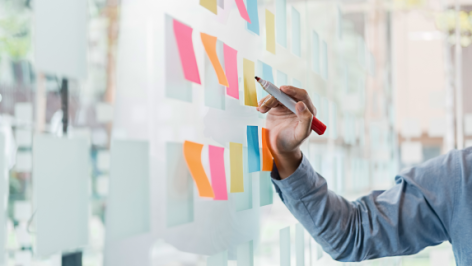 FLOOW2 is the first business-to-business sharing marketplace that enables companies and... 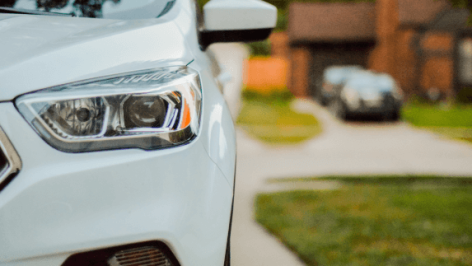 On-demand micro-insurance for the sharing economy