The need to accelerate climate action is urgent. Otherwise, as the UN Secretary General, António Guterres, said, we are on the ‘highway to climate hell’.

Following a somewhat chaotic conference in Sharm el-Sheikh, which saw last-minute negotiations in danger of collapse amid stark warnings that the vital 1.5 degree target could move beyond reach, can COP27 be described as a success?

A look at the negotiated outcomes:

The official ‘cover decision’ outcomes of COP27 have solicited a broadly unanimous evaluation:the progress on loss and damage — specifically, the agreement to provide financial assistance to vulnerable countries struck by climate disaster — is a milestone to be welcomed. However, whilst the funds for this are critical, many have noted that they are intended to tackle the effects of climate change, not the causes.

On tackling the causes of climate change, the negotiated outcomes were more limited. The energy transition agenda — which includes both the transition to renewable energyrenewable energyEnergy derived from resources that are not depleted on timescales relevant to the economy, i.e. not geological timescales. and energy efficiency — did not receive the ambition increase that was hoped for after Glasgow. At the same time, whilst the conclusion noted the need for a ‘transition in patterns of consumption and production’, discussions on how to achieve and bolster this in the formal negotiations have much further to go.

We urgently need to deliver on both causal areas if we are to rise to the challenge and get off the highway. We need to tackle the 55% of emissions that arise from our energy system and secure the energy transition, and we also need to address the 45% of emissions that come from how we currently produce and consume. A circular economycircular economyA systems solution framework that tackles global challenges like climate change, biodiversity loss, waste, and pollution. It is based on three principles, driven by design: eliminate waste and pollution, circulate products and materials (at their highest value), and regenerate nature. transition, moving away from our current take-make-waste linear economylinear economyAn economy in which finite resources are extracted to make products that are used - generally not to their full potential - and then thrown away ('take-make-waste'). model, is a vital component of reducing these emissions as part of wider climate action.

A circular economy is based on three clear principles that bring multiple benefits, including benefits for our climate. These are:

Together, the energy and circular economy transitions can deliver a clean-powered, vibrant economic model that builds on human creativity and contributes to economic, environmental, and social resilience. Doing less harm simply isn’t good enough — we must redesign our economy so that it actively improves the world we live in. We can build a thriving economy growing with nature, rather than against it.

Positive markers on which to build:

Where the negotiated COP27 outcomes fall shy of the mark, discussions amongst policymakers and non-state actors in and around the climate negotiations hold the seeds of hope.

For example, COP27 was the first COP at which discussions on food and agriculture not only took a more prominent role, including an official theme day dedicated to it, but these discussions were also approached from a holistic, systems based approach. The contribution a circular economy transition can make to climate action in different sectors also featured in a myriad of national and thematic pavilion discussions, including for the built environment, in cities, in regards to mobility and consumer products, and in the energy sector itself. This echoes the increased focus in the IPCC sixth assessment report on where circular economy solutions can contribute.

With implementation needed by all actors, all year round, and not just at COPs, these side discussions can be just as important. As we prepare to seek stronger energy and circular economy transition incentives from COP28, let’s focus on implementing the solutions that we have now, and building clarity on the formal outcomes we need from COP28 to ensure a low-carbon circular economy becomes the economy itself. 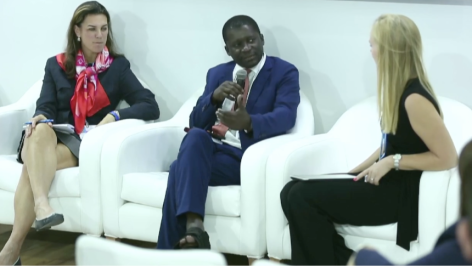 Creating a circular built environment: the why and how

Our built environment uses almost half the resources extracted globally every year and is a... 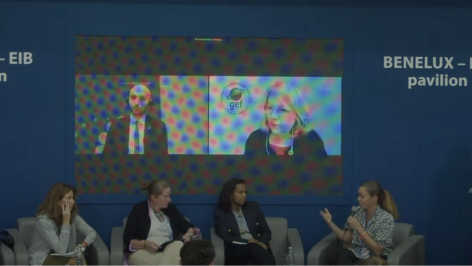 Launch of the circular finance roadmap for international financial institutions

Through the IFI Circularity Exchange Network, major finance organisations have created a roadmap to... 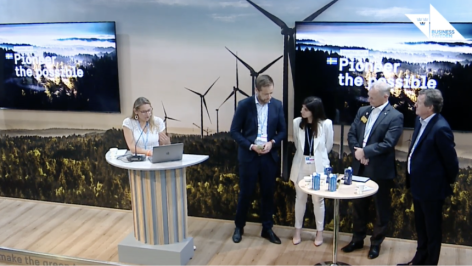 Businesses and policymakers must work together to transform the way the world produces and consumes... 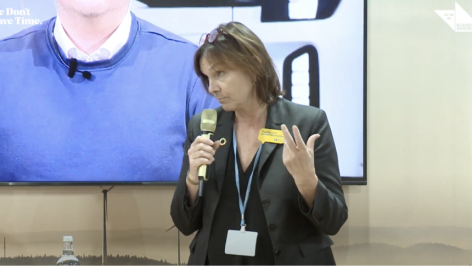 The importance of system-thinking and circularity for decarbonisation

Emissions don’t only arise from our use of energy in buildings, in transport, and for heating, but... 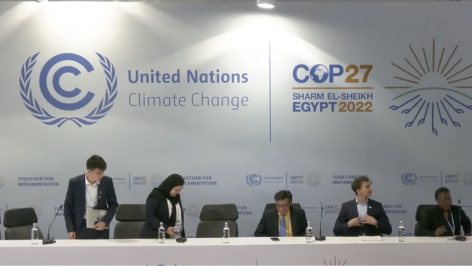 Accelerating circularity as a holistic response to the triple planetary crisis: the economic case

Faced with food and energy crises that threaten to derail progress towards sustainable...