The #WearNext campaign united local fashion industry players in an effort to encourage all New Yorkers to keep clothes in use and out of landfills. The New York City Department of Sanitation (DSNY) and the New York City Economic Development Corporation (NYCEDC) joined forces with the Ellen MacArthur Foundation’s Make Fashion Circular initiative, fashion brands, collectors, recyclers, and resale companies to launch the campaign in 2019. An online interactive map created by DSNY marks more than 1,100 public and private collection points across the city where people can return clothes they no longer wear.

The #WearNext campaign united local fashion industry players in an effort to encourage all New Yorkers to keep clothes in use and out of landfills. The New York City Department of Sanitation (DSNY) and the New York City Economic Development Corporation (NYCEDC) joined forces with the Ellen MacArthur Foundation’s Make Fashion Circular initiative, fashion brands, collectors, recyclers, and resale companies to launch the campaign in 2019. An online interactive map created by DSNY marks more than 1,100 public and private collection points across the city where people can return clothes they no longer wear. New Yorkers were encouraged to get involved by donating, repairing, reselling or swapping their old clothes to give them a new life. People were invited to share their stories using the hashtag #WearNext. Using the infrastructure already in place in the city, the campaign which appeared on New York City bus shelters, LINK NYC, as well as social media aimed to increase collection and reuse of unwanted clothes.

The campaign connected public authorities, the fashion industry, collectors, recyclers, resellers, media, and social media influencers in New York City to reduce clothing waste. It also showed New Yorkers they have the power to redirect their clothing away from landfills and towards a new lease of life.

The campaign partners also collaborated with Art Partner and BPCM - two media agencies, to develop branding for the project and communicate the efforts across well-known media.

The City of New York and Make Fashion Circular contributed to the project with DSNY and NYCEDC allocating weekly staff resources in support. Additionally, each brand participant contributed with 1-3 hours per week, and Make Fashion Circular supported on project management and communication. The budget financed campaign posters that were posted at bus shelters throughout New York City. The project relied largely on contributions of time and in-kind services, as well as collaboration between local city actors, such as Global Fashion Exchange, NYC x Design, donateNYC, and Stop ‘N’ Swap.

the map of drop-off locations on social media, the campaign helped to boost views of the map by almost 40 times (from around 3,000 to over 118,000 views). Clothing collection volumes have increased by an average of 15% across seven drop-off locations in 2019. Of the sites that shared data, an increase of 583 tonnes of collected clothing was recorded across the city compared to the same time period in 2018. Furthermore, three retail partners have cumulatively collected two tonnes of clothing over the course of two months as part of the campaign.

Each year, New York City landfills around 100,000 tonnes (or 200 million pounds) of clothing — equivalent to more than 440 Statues of Liberty. From production to disposal, the textile industry as a whole is extremely wasteful and polluting. Globally, the production of textiles emitted an estimated 1.2 billion tonnes of CO2 in 2015. Furthermore, 73% of the materials used to produce clothing are landfilled or burned at the end of their life, while less than 1% of old clothing goes on to be made into new clothing. This model, which relies heavily on landfilling, is not only damaging to the environment, it is also hugely expensive — in New York alone the disposal of residential waste costs taxpayers USD 300 million per year.

Despite having the infrastructure to collect and reuse unwanted clothing, New York City still sends a large amount of clothing and textiles to landfills. To make it easier for New Yorkers to give their unwanted clothes a new life, DSNY created an interactive online map which plots over 1,100 drop-off locations across the city. The department had previously created a similar map of drop-off locations for electronics. Due to the DonateNYC initiative and NYC’s publicly accessible collection bin law, DSNY was already aware of a number of textile collection points across the city and were able to put the map together within a few months. To spark the conversation in the city about where unwanted clothes end up, the City of New York joined forces with the Ellen MacArthur Foundation’s Make Fashion Circular initiative. By connecting local authorities, fashion brands, collectors, recyclers, and resellers, the project aimed to demonstrate the benefits of a new collaborative way of working. By tapping into pre-existing infrastructure, the initiating organisations aimed to boost textile collection rates. Highlights from local swap events and inspiring examples of how clothes can be reused were shared on social media. The aim was to engage with designers and brands to shift their thinking towards redesigning clothes for enhanced durability and recyclability at the end of use.

The campaign was launched in March 2019 at Circular City Week, an open collaborative festival promoting the Circular Economy in New York. The event attracted 2,185 participants and was the result of collaboration between 64 different organisations.

#WearNext was a communications campaign aimed at reducing clothing waste in New York City by maximising the use of existing infrastructure in the city. The Ellen MacArthur Foundation’s Make Fashion Circular initiative teamed up with Art Partner, a leading artist management agency, to design campaign posters. The posters were displayed at bus shelters at 75 locations across the city and on LinkNYC (a communications network that runs digital advertisements across the five boroughs) during the teaser campaign. In addition, HSBC shared the campaign messages on ATM machines around New York. Fashion models such as Louise Follain and Marina Testino, actor Kelly Rutherford, and celebrated fashion photographer Harley Weir were among those supporting the campaign. The project partners shared information about the campaign on their social media platforms, their organisations’ websites, and through a press release. They actively spread awareness about the amount of clothing the city was sending to landfill and what New Yorkers could do to improve the situation. DSNY’s interactive online map was widely shared on social media to make it as easy as possible for New Yorkers to find their local drop-off point. In parallel, the campaign also shared inspiring stories of how clothes can be kept in use. Several of the project partners participated as panellists at the Circular City Week, the NYCxDesign and the NYCxReuse activation events which amplified the campaign’s message. Athleta, H&M, and I:CO had stands at the NYCxReuse Innovative Reuse expo which helped them to connect with the community. In addition, Athleta, Banana Republic, and Gap installed textile collection bins in their stores provided by DSNY through the refashionNYC programme.

Throughout the campaign, DSNY gathered data about collection volumes at several drop-off points and two surveys were circulated among the project partners to assess the campaigns’ achievements.

Increased views of the map

Before the launch of the campaign, DSNY’s interactive map had received approximately 3,000 views. As the campaign wrapped up at the end of June, the map had recorded more than 118,000 views. New York already had a large network of over 1,100 clothes drop-off points, but there was a lack of awareness among New Yorkers. DSNY has limited resources to promote its work and programmes, therefore the campaign’s biggest success was to draw attention to the already existing infrastructure and the agency’s work.

In addition, the retail partners running clothing collection initiatives were added to the map, boosting the number of drop-off points listed.

DSNY collected data on the volumes of clothing donations, comparing 2018 to 2019 at different locations. These volumes increased by an average of 15% across seven drop-off points. Several drop-off points experienced a significant increase in collection volumes. For instance, two drop-off locations experienced a 38.5% and 48% increase in donation volumes. Yet, two other locations experienced a decrease of 2.4% and 18% respectively. The three participating brands (Gap, Athleta, and Banana Republic), in eight different locations across the city, collected a total of two tonnes of clothing in the space of two months, saving it from landfill. Gap, H&M, and Zara also ran their own garment collecting initiative during the campaign. Other factors that may have contributed to a rise in donations include a growing general awareness of textile waste, other similar campaigns, the Marie Kondo effect, or changes in operations by collectors.

Consolidation and increased use of existing infrastructure.

Applying circular economy principles to a traditional waste management issue can unlock opportunities to keep products and materials in the economy and reduce waste. #WearNext has been successful in raising awareness about New York City’s existing clothing collection infrastructure and the work of the local authorities. Informing the general public about the existing infrastructure and programmes in place can help increase the use of these resources and in turn boost reuse and recycling rates. In general, creating maps based on crowdsourced information (such as clothing collection points) can be a simple way to increase awareness, while supporting more direct stakeholder engagement. Similarly, the city of Gothenburg, together with local residents, has developed a smart-map (Smarta Kartan), which shows where residents can find things to hire, borrow, share, and swap.

Creating a culture for collaboration.

The retail partners saw the value of participating in a joint effort with the support of the local authorities, as it was an opportunity to make new contacts across different organisations. As these organisations are now more knowledgeable about textile recycling opportunities and the community in New York which work in this area, future collaborations have been made easier. The campaign provided an opportunity for DSNY to collaborate with several brands through their refashionNYC programme.

Having several fashion brands align on this project demonstrated growing willingness within the apparel industry to drive change. #WearNext was an opportunity for fashion brands to incorporate circular economy in their marketing and public relations strategies, and by receiving information on industry-wide clothing collection programmes and customer interest in take-back initiatives, the retail partners could more easily adapt their messaging and engagement.

Creating a blueprint for #WearNext in other cities.

Following the New York #WearNext campaign, several cities both large and small, have contacted Make Fashion Circular with interest to run a similar campaign. The hashtag #WearNext has taken on a clear identity for keeping clothes in use. It is still being used by the public to share their stories and exchange ideas for giving unwanted clothing a new

lease of life. As the #WearNext campaign in New York required quite a lot of coordination and preparation, the campaign partners recommend that for anyone willing to run a similar campaign, at least six months should be allowed for the campaign planning. 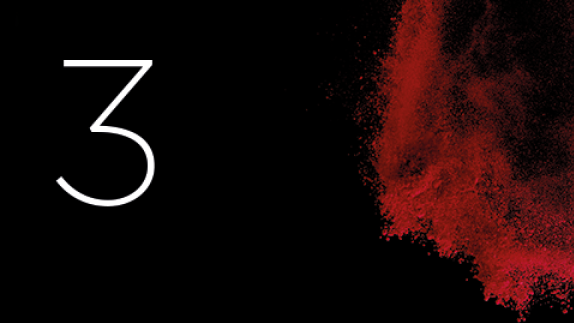 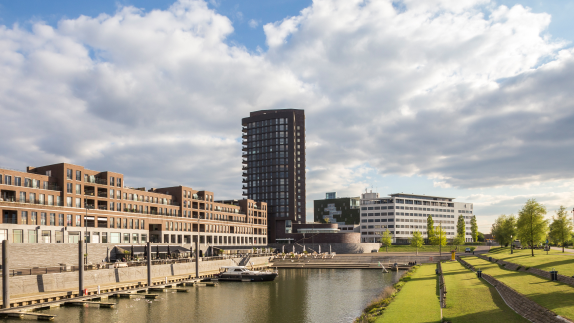 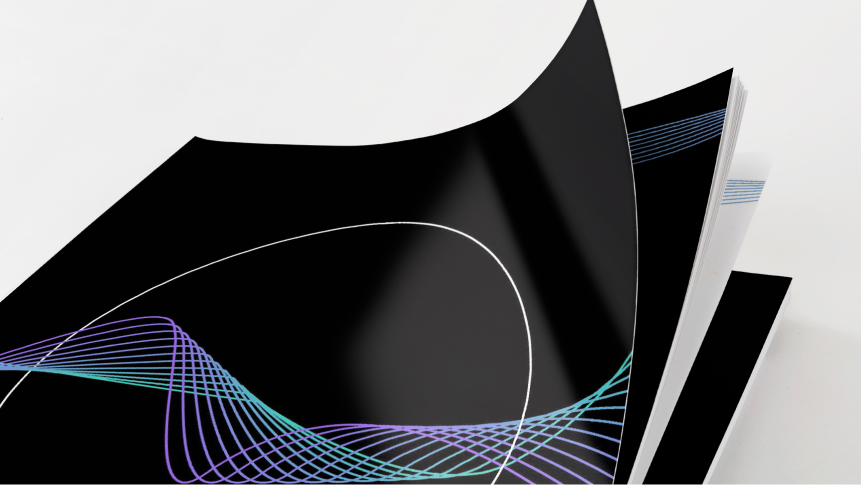 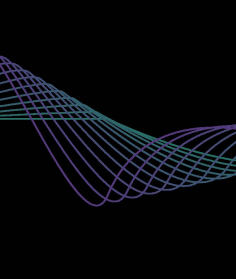